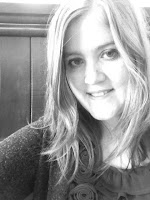 England’s greatest detective and the woman who outsmarted him are thrown together by a criminal plot with implications that stretch across the Atlantic. Their investigation leads them to south Florida, where they meet legendary inventor Thomas Edison and employ disguise, wit, and courage to outsmart a diabolical villain.
The first time I met Sherlock Holmes, I was about eight or nine. I enjoyed the stories, but I was too young to understand the subtle humor or fully appreciate the cleverness of the plots. A few years later, a friend bought me a copy of The Beekeeper's Apprentice by Laurie R. King, and I was introduced to the concept of Sherlock Holmes pastiches--works that place Conan Doyle's characters into new stories and contexts. The BBC's Sherlock series inspired me to re-read the the original Holmes canon in 2010, and I realized how much wittier and more engaging the stories and characters were than I remembered. National Novel Writing Month in November 2011 gave me a chance to try my hand at writing my own pastiche, an homage to the Baker Street detective and The Woman herself, Irene Adler.
The Detective and The Woman: A Novel of Sherlock Holmes will be out on April 16th, 2012, and will be available through pre-order. You'll be able to pick it up online and in stores near you.
Posted by The Baker Street Babes at 12:29