We're geeking out this episode with discussions on Victorian England and London, as well as a proper ode to the Granada Television Series! Join along as we giggle about chamber pots, the workhouses of London, and poisonous French ladies! We've got a Sherlock Season 2 Set Report, a PA about Undershaw, more fabulous news, more fabuous canon, and a fabulous song in honor of the fabulous Martin Freeman!

Episode 3 Companion Piece: 1892 Strand Magazine
The lovely Lyndsay Faye @LyndsayFaye is lucky enough to own a copy of the illustrious Strand Magazine, and was kind enough to give us a rundown of the contents and show us some fantastic images of it! 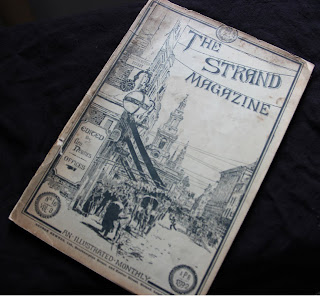 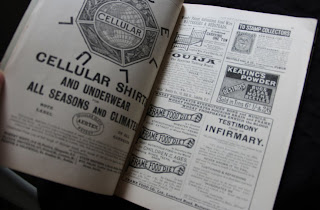 Some of the advertisements in this thing are the best part, including:


THE POCKET TYPEWRITER
THE PROPRIETOR OF "TIT-BITS" SAYS:
"I AM DELIGHTED WITH YOUR BEAUTIFUL LITTLE MACHINE"

WTF?  I mean, seriously.  A pocket typewriter?  What in holy hell?  HOW?  How was this done?  Can I have one?  How many can I have?  How utterly steampunk is that?  Are they kidding me?

THE BLACK KNIGHT: Being an Account of an Exciting Game of Chess.

Trust me, it is not.

This is an adventure tale that also features the highly regrettable rocking of the n-word in all its nastiness.

This is seriously the People Magazine portion of the issue, and it is too cool.  Sir Francois Gounod, W. S. Penley, Sir Lyon Playfair, and J. E. Muddock (F. R. G. S.) are a few of them.  Is there a name cooler than Lyon Playfair?  Is it reasonable to suggest that a man be named this?  I put it to you.

Then follows "The Adventure of the Noble Bachelor."  Too cool for school.  Not my favorite case ever to happen, of course, but I love the snarky exchange between Lestrade and Holmes about dragging the basin of the Trafalgar Square fountain.  Holmes is such a tease.

Followed by BEAUTY IN NATURE, which is apparently part III of a series, and is covering the territory RIVERS AND LAKES, the argument being that they are natural and beautiful.  The author has a pretty easy time proving this point.

Then there's a story called THE QUEER SIDE OF THINGS, a fanciful tale in which a man's body parts (nose, leg, etc.) keep inexplicably disappearing. 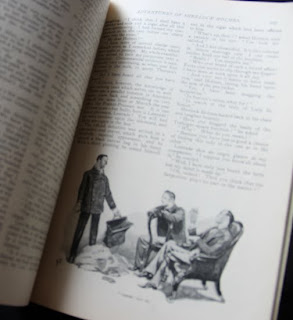 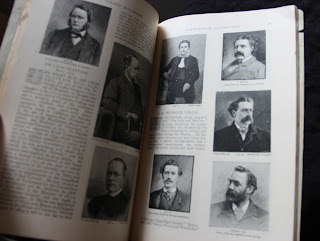 Posted by The Baker Street Babes at 11:39