NYC has been officially Sherlocked. #BELIEVEINSHERLOCK 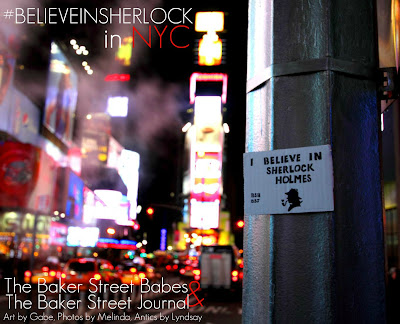 Times Square, Broadway, Wall Street, the subway, NYPD (heehee *snicker*), and Delmonico’s are just some of the landmark places they spread the word of Sherlock Holmes and Jim Moriarty.